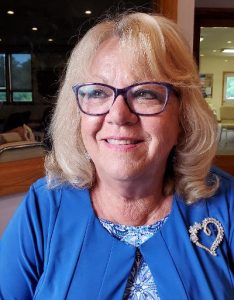 Once the Unity teachings took hold, Diane’s life would forever change. She took every class she could take, volunteered for every position in the church and was board president for many years.

When the neighboring church in Jupiter needed to hire a minister, Diane was hired to be their spiritual leader while they searched for their divine right minister. She served Unity Church in the Gardens as their minister for 17 years before moving back to Indiana in the summer of 2020 to be near family.

Unity of Anderson had been without a minister for quite some time, and it was a match made in heaven. Diane started her ministry in Anderson on June 7, 2020.