The Powers Within You 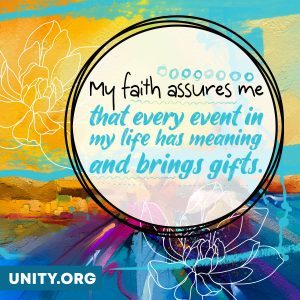 I’d like to start the year off with some great basic Unity. At this amazing time to be alive in the history of our country, I thought understanding the power that we have would be helpful. I’ve felt somewhat powerless watching the turn of events in both the political and the health arena. We give our power away and then we wonder why life doesn’t feel so good. Let’s start connecting to the power that we truly have and understand how we can effectively use it.

Charles Fillmore, the co-founder of the Unity Movement developed the Twelve Powers of Man. He, along with his second wife, Cora, wrote the book The Twelve Powers, which includes Christ Enthroned in Man by Cora Dedrick Fillmore. Cora helps the reader understand and express more of Charles’s principles as outlined in the Twelve Powers. Unity Minister Linda Martella-Whitsett wrote Divine Audacity, another book helping us understand the powers that lie within us. I will use these books as a reference for this series.

We will start this Sunday, January 17, with the Power of Faith. Charles Fillmore says this about faith:

Faith is the perceiving power of the mind linked with a power to shape substance. It is spiritual assurance, the power to do the seemingly impossible. It is a force that draws to us our heart’s desire right out of the invisible spiritual substance. It is a deeper inner knowing that that which is sought is already ours for the taking, the ‘assurance of things hoped for.

And from Divine Audacity: Faith is the power to make the possible real. Our very sense of reality depends on faith.

Faith is the foundational power. Without it, none of the others can stand. We start with the power Faith. Its energy center is found at the back of the head. The disciple for Faith is Peter, and the color is Blue.

Join me for the next 12 weeks as we awaken the powers within you!

I look forward to connecting with you on Sunday.